By clicking “Accept”, you agree to the storing of cookies on your device to enhance site navigation, analyze site usage, and assist in our marketing efforts. Edit preferences
DenyAccept

How to gain years (or even decades) of functional strength

When my grandparents were still alive, I used to visit them during my summer holidays at their home in the south of Spain. The lasting image I have of my grandmother is with a gin & tonic in one hand, cigarette in the other, sitting in her favourite chair in the lounge of their villa. It's a position I saw her in so often that I struggle to recollect any other memory of her.

It's fair to say that she wasn't a fan of physical exercise. The furthest I think I ever saw her walk was from her chair to the passenger door of the car in the driveway.

On New Year's Eve, in what must have been 1990, while I was out being a drunken teenager somewhere in London, she was at home in Andalusia with my Grandad. Both in their mid-seventies, their days of going out were long behind them.

Half way through the evening, as Granny was on her way to the toilet, she fell over, breaking her hip as she hit the floor. To cut a long story short, she died a few hours later as a result of the trauma caused by the fall. My Grandad ended up outliving her by 10 years.

I didn't see any of the medical reports but I know how frail and weak she was and what her lifestyle habits were. It’s reasonable to assume that she was suffering from osteosarcopenia: the coexistence of osteoporosis (a condition of low bone mass and deterioration of bone) and sarcopenia (the loss of muscle mass, strength and function).

The two conditions go hand in hand, primarily because as you lose muscle mass you decrease your ability to exert force on your bones which, as a consequence, allows them to weaken.

This is a problem that's becoming more and more common in the ageing populations of developed countries. It's estimated that 1 in 2 women and 1 in 5 men over 50 years old will sustain an osteoporotic fracture at some point during their remaining lifetime.

The average modern human loses 40% of their muscle mass between the ages of 20 and 70. It's generally assumed that this muscle wasting is a natural consequence of growing old. However, understanding the difference between primary ageing and secondary ageing shows that this assumption is false.

Primary ageing is the hard-wired process of maturation and subsequent physiological decline that makes us more susceptible to disease, injury and death. This happens to all of us. It's unavoidable.

Secondary ageing is the age-related deterioration resulting from lifestyle behaviours, disease processes, the environment (toxins, pollution), injury and illness. This is highly variable and can be determined to a large extent by how we choose to live our lives.

Evidence of this distinction is provided by the minority of us who still engage in strenuous physical activity as we age. It shows that losing your muscles is anything but normal if you continue to use them. The following cross-sections of thighs of cadavers illustrate this clearly:

What we’re accustomed to believe is ageing isn't just ageing. It's ageing + disuse.

As Professor Stephen Harridge of King's College, London explains in his lecture, 'The Older Muscle: Ageing or Disuse?', the decline isn't always linear. When people suffer falls or illness they experience a more rapid decline in muscle loss.

Evidence that disuse is the biggest culprit of muscle loss

These rapid declines aren't limited to the elderly. Harridge points out that anyone who experiences multi-organ failure and ends up in an intensive care unit can expect to lose 20% of their total muscle mass in just 7 days.

A recent, well-publicised example of this was nurse and bodybuilding enthusiast, Mike Schultz who, aged 43, suffered complications from COVID-19. During the 57 days he spent in intensive care he went from 190 lbs (86.2 kgs) down to 140 lbs (63.5 kgs).

A similar effect is seen with NASA astronauts who are subjected to a weightless environment for extended periods. Without having to use their muscles to resist against gravity, they weaken and deteriorate at a similar rate to how they would if they were comatose in an ICU: they lose around 20% of their total muscle mass on spaceflights lasting just 5 to 11 days.

This has led NASA to develop training programs and equipment that allows their astronauts to do physical training while they're on the International Space Station. They have to train for 2.5 hours per day, 6 days per week just to maintain their muscle mass and physical health until they're subjected to gravity again when return to Earth.

In addition to giving us strength, endurance and power, our skeletal muscle has many other roles. It provides us with structural integrity and regulates our blood glucose levels and growth hormones. The 3-5% of muscle mass that we lose per decade from the age of 30 onwards has an increasingly detrimental effect on these and many other functions.

As our muscles and bones become weaker and smaller, not only do we become more susceptible to falls (and more likely to injure ourselves as a result of them), but simple acts we take for granted such as standing, breathing, talking and eating take up more of the limited capacity we have to get through the day.

Our bodies become less efficient at extracting energy and nutrients from the food we eat, and converting it to energy that can be used or stored. This impaired metabolism increases our susceptibility to a host of preventable metabolic diseases such as diabetes.

The result is not only a higher risk of all-cause mortality, but a threat to one of the things we fear the most as we age: losing our independence.

The solution: choose the right path

So, what's the solution? Exercise recommendations for the general population have traditionally focused on aerobic exercise, although this has changed in recent years, with the addition of strength training to the World Health Organisation guidelines. The current weekly guidelines for adults are:

It has been belatedly recognised that although aerobic exercise improves muscle metabolism, it doesn't increase muscle mass, strength, power or muscle quality (muscular performance per unit of muscle mass) to the degree that strength training does. All of these qualities are necessary to maintain our physical health as we age.

The American College of Sports Medicine (ACSM) offers some simple guidelines to help people get started with strength training:

Choosing to do strength training or not will set you on one of two paths. The first leads to an older, healthier version of you, the second to a weaker, more frail version of you with a significantly increased chance of infirmity in older age. It could literally be the difference that stops you from crossing the threshold into disability.

One of the main risk factors for our descent towards disability is the loss in power that our muscles are able to produce. Power decreases at more than double the rate that strength does. However, strength training has been shown to dramatically reduce this reduction in power output, adding years, or in the case of more serious trainees, decades of function.

This isn't because strength training reverses ageing. It simply prevents the predictable decline from disuse, allowing you to function as you should.

The graph below from a study by Pearson et al shows how the average 80 year-old elite master weightlifter is able to generate the same amount of power (300 watts) as the average 'healthy', sedentary 55 year-old.

That's 25 years of functional gain. Available to anyone who is willing to commit to consistently lifting weights a few times a week.

At 89 years-old, Californian, Jim Arrington is the world's oldest male bodybuilder. He started training when he was a skinny teenager and still trains and competes today.

And proving that you don't need to get an early start, Ernestine Shepherd started lifting weights at the age of 56, after being disappointed with the condition of her body when she tried on a swimsuit. She still lifts weights now at the age of 85 but no longer competes in bodybuilding.

The same strength is also seen in octogenarians who have done their 'strength training' as part of their daily lifestyle, without ever having set foot in a gym. In the documentary, Cuba and The Cameraman, director Jon Alpert is challenged to an armwrestling match by Gregorio, a Cuban farmer,  who has spent his life working the fields of Cuba.

At the time of filming, Alpert was 57 and Gregorio was 80 years old (a similar age difference to the study above comparing master weightlifters to younger sedentary individuals). The contest isn't even even close (you can even see Alpert reflexively cheating by lifting his elbow off the table in trying to prevent an embarrassing defeat!).

It's never too late to start

As Ernestine Shepherd has shown, it's never too late to start lifting weights. To prove that she's not an exception to the rule, studies confirm that resistance training increases strength, power, muscle mass and muscle quality in the elderly.

The incredible regenerative capacity of our muscle cells was demonstrated to its extreme when muscle stem cells were taken from a 96 year-old cadaver, 17 days post mortem. The cells were still able to maintain their functional properties, both in vitro and after transplantation.

If muscle cells taken from a corpse are still able to function then you can be sure that your muscles still have the capacity to adapt to strength training, no matter how old you are.

'Elderly = weak' is a logical fallacy

The knowledge that our life expectancy has doubled in the past 200 years has led us to believe that we're not supposed to live as long as we do now. We assume that becoming weak and frail as we reach old age is a normal consequence of our extended lifespan.

However, life expectancy is commonly confused with the average age an adult could expect to live. This is best illustrated by hunter gatherers who live nearly as long as we do even with limited access to healthcare. These societies have infant mortality rates ranging from 20-40% which brings down the average life expectancy significantly.

In other words, if you make it past adolescence in a hunter gatherer society you have a good chance of living a long and healthy life, not unlike in the developed world where we have many more technological and medical advances.

Nonetheless, these advances are a double-edged sword. We live longer lives but we also have lifestyles where physical activity has become optional instead of a necessary part of daily living.

This has made it normal for us to become weak, frail and fearful of movement as we age, to a point where simply falling over could cause a premature end to our lives.

We may have been conditioned to think that this is normal, but we actually knew the truth thousands of years ago:

'That which is used develops, and that which is not used wastes away... If there is any deficiency in food or exercise the body will fall sick.'

Given the importance of maintaining muscle mass and strength, lifting weights regularly is probably the single best lifestyle intervention you can make to avoid falling sick, maintain your physical health and have a decent quality of life as you age.

It can literally add decades of function to your life. And it's never too late to start. 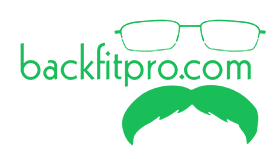 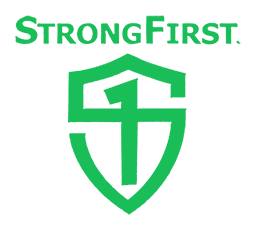 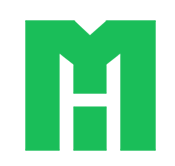